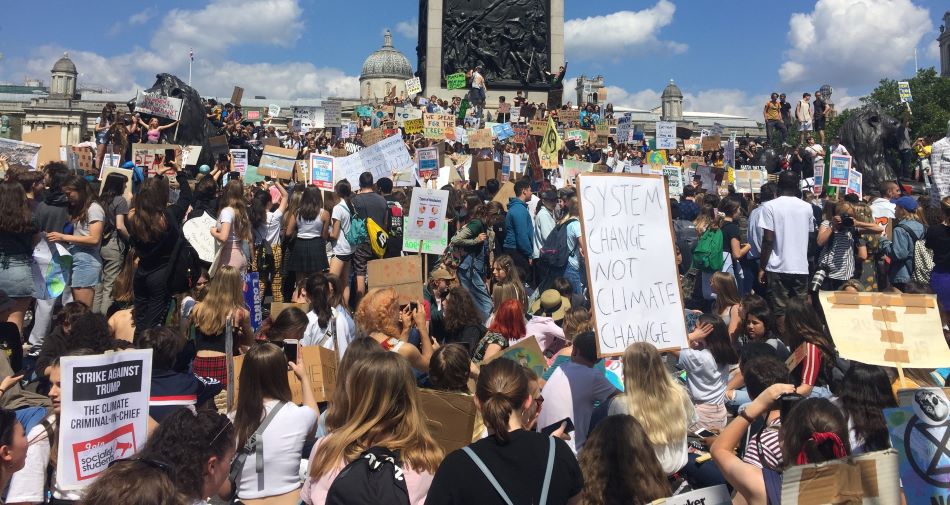 On 5 July the House of Commons passed the Police, Crime, Sentencing and Courts Bill. Conservative MP David Davies warned the Bill posed "grave threat to the fundamental right to protest" but then voted against an amendment to remove the clause on restricting protest.

When you think of people protesting for an important cause, having an impact, what do you picture? Whatever you thought of, it would probably fall foul of Priti Patel's Police, Crime, Sentencing and Courts Bill, which contains sweeping and arbitrary powers to restrict and criminalise protest on the basis of ‘noise’ or ‘annoyance’, including a maximum 10 year sentence.

The threshold for prosecuting someone for breaching police conditions imposed on a protest is reduced in the Bill, so that the individual merely "ought to have known" about the conditions' existence, rather than knowingly breaching them, as is the case currently. This places the burden on protesters to find out about such conditions and on organisers to make them known. As a result, many will avoid attending or organising a protest for fear of arrest for breaching a condition that they were unaware of and receiving a criminal record - a chilling effect on protest.

As David Lammy stated in the House of Commons, "By giving the police the discretion to use these powers some of the time, it takes away our freedom all of the time."

The Bill would criminalise the way of life of Gypsy and Traveller communities, also restricting protest camps and deter access to the countryside. This bill would significantly restrict the kind of peaceful protest that was essential in communities resisting - and defeating - fracking.

The Bill was voted through by the House of Commons with MPs having been given just a week to consider it. It was due to go straight on to Committee Stage, but this has now been delayed. This is a direct result of the size of the backlash, putting ministers on the back foot. It is crucial that we keep the pressure up through all means - protests, raising awareness, petitions and lobbying.

Charter for Freedom of Assembly Rights

Campaign against Climate Change supports Netpol's Charter for Freedom of Assembly Rights, which would bring UK policing of protest in line with international guidelines. A petition in support of the Charter and against the Police Bill has so far gathered over 200,000 signatures.

NEW: Report from the Joint Committee on Human Rights

Open letter to the Home Secretary - you can add your name here or sign up as an organisation/campaign group here.

Full Liberty briefing on the Bill

Report on the House of Commons debate 'Freedom dies in silence'

Written to your MP already? You can also write to a member of the House of Lords

When the Bill gets to the House of Lords, it is vital that they are well informed about the threats it poses and the strength of public feeling against it.

The 'Write to Them' website allows you to find a connection with a Lord via a place, e.g. former MP.

Members of the House of Lords do not have staff to manage their emails and mass identikit emails are likely to be counterproductive.

The Joint Committee on Human Rights, a cross-party committee made up of MPs and peers, have set out in two reports how the Bill poses a threat to human rights. The first deals with restrictions on protest and the second on the criminalisation of the Gypsy and Traveller community. The reports are useful for making the case against the Bill to MPs and members of the House of Lords. While they recommend specific amendments against its worst aspects, we believe that the Bill should be scrapped altogether.

Allowing protest to be restricted on the basis of noise

Making noise and being heard are fundamental to protest. They should only be limited in extreme circumstances, and the police already have many powers to deal with noise which is seriously harmful or oppressive. The description of noise which might cause 'serious unease' is vague and insufficient to justify infringement on the rights to freedom of assembly and freedom of expression. Such terms do nothing in the Bill to protect against arbitrary and discriminatory enforcement, including racial discrimination. The new trigger for imposing conditions on processions and assemblies based on noiseshould be removed from the Bill.

The Bill would remove all limits on the types of conditions that can be placed on public assemblies where necessary, to match the approach taken to processions. The committee considers this unjustifiable (although would accept limits on start and finish times).

Allowing the Secretary of State to define 'serious disruption'

If such a new definition is necessary it should be presented within or alongside the Bill for debate, not done later without scrutiny.

This does more than close a loophole, it risks innocent participants being caught up in prosecution.

Increasing criminal penalties for breaching conditions on a protest

There is a real risk that more substantial penalties would have the effect of dissuading people from exercising their right to engage in peaceful protest, especially in combination with removing the requirement to have known about conditions imposed.

The Bill introduces a new statutory offence of “intentionally or recklessly causing public nuisance”. Offences are already available under existing laws to deal with public nuisance offences such as obstructing the highway. The current drafting risks the new statutory offence being broader than the common law offence it replaces. Moreover, the offence does not include references to the right to freedom of expression or freedom of assembly. The committee proposes the introduction of express statutory protection for the right to protest, setting out the obligation on public authorities to refrain from interfering unlawfully with the right but also the duty to facilitate protest.

Criminalisation of Gypsy, Roma and Traveller people who reside, or intend to reside, on an unauthorised encampment, even when they do not have anywhere else to go.

The Government should not use criminal law to address what is essentially a planning issue. This violates the principle of no punishment without law, the right to private and family life and freedom from discrimination in the enjoyment of human rights. A much more effective way of dealing with this issue would be a statutory duty on local authorities to provide adequate authorised encampments